We know that reading helps pupils to develop culturally, emotionally, intellectually and socially. We also know that phonics is a key element in helping children to become successful readers. Phonics is a method that helps children decode words using phonemes. Before we get to the fun part, let’s cover some basic terminology.

Phonics - Phonics teaches children to listen to and identify the sounds that make up words. This helps them to read and write words.

Grapheme - Written letters or a group of letters which represent one single sound (phoneme) e.g. a, l, sh, air, ck.

Digraph - Two letters which together make one sound e.g. ee, oa, ea, ch, ay. There are different types of digraph:

Consonant - Most letters of the alphabet (excluding the vowels: a,e,i,o,u).

Blending - Saying the individual sounds that make up a word and then blending the sounds together to say the word – used when reading.

Segmenting - Splitting a word up into individual sounds – used when spelling and writing. The opposite of blending.

Tricky words - Words that are difficult to sound out e.g. said, the, because.

Pure Sound - Pronouncing each letter sound clearly and distinctly without adding additional sounds to the end e.g. ‘f’ not ‘fuh.’

CVC Words - Abbreviation used for consonant-vowel-consonant words, used to describe the order of sounds. Some examples of CVC words are: dog, man, tap, chip (because ch makes one sound). Other similar abbreviations include:

There are only 44 phonemes in the English language. There are three basic stages in which phonics is taught: Grapheme-Phoneme Correspondence (GPCs), Blending, and Segmenting.

Phonics doesn’t just have to be taught in the classroom. Taking phonics outdoors can help bring learning to life. The outdoors offers an exciting, engaging and stimulating environment which promotes early reading skills. Here are some ideas of how you could use phonics outdoors.

Spray the sound – Write sounds, words or tricky words on the wall or floor using chalk. Give your child/children spray bottles and once they’ve said the sound or word, they can spray it away.

Hopscotch sounds – draw a hopscotch and instead of a number inside each square, write a sound. Ask children to hop to a certain sound. Challenge them further by asking them to make a CVC word by hopping to each sound in order.

Aim at the sound – Line up the letter logs and get children to try and knock over the given sound. Depending on children’s aim, they could aim and throw the bean bag, ball or quoit and say the sound they have successfully knocked over.

Segmenting for spelling – The segmenting stage is the opposite of the blending stage. Children say entire words and then break them down into the individual phonemes that make them up. We used the wooden frames and wooden sound slices for this activity. Give a word and get the children to segment the word in order to spell it. These frames are great for CVC words (three hooks) or CVCC / CCVC words (four hooks). This activity encourages children to hear and say aloud each sound in the word, so they gain confidence to correctly build and spell words.

Phonics station – We used our message centre frame to encourage word building and sentence writing. Using the sounds available on the hooks, a word was given to segment and then a sentence created using that word.

Writing for a purpose

Lastly, writing isn’t just confined to paper and pencil. Giving children a purpose for writing or an exciting new environment can foster a love of writing. Look at how we took our writing to the beach recently using our cosy direct wipe board and sentence strips.

Phonics is an important tool to develop reading fluency, so let’s make it as engaging as we can for our children. Let’s make phonics fun and memorable.

We hope that you have got lots of ideas to take away from this Phonics Outdoors post.

Don’t forget to share your activities with us on our social channels!

We support small charities and voluntary organisations in the UK and Worldwide. Our target is the disadvantaged kids aged 3-11 and the good guys reaching them. 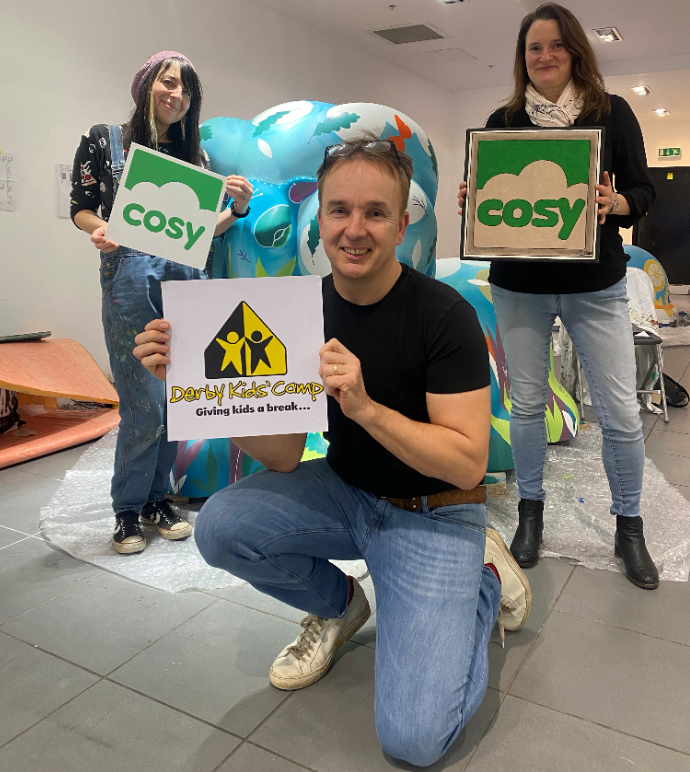